We’ve just started a new project outside Rabat at Plage des Nations for Prestigia, with whom we’re also working in Marrakech. The project itself is on a vast parcel of land about twenty minutes drive from the centre of Rabat which will, eventually, be home to about 40,000 people as Prestigia build what is, effectively, a new town on the edge of the Atlantic, with excellent road and rail links to Rabat. The site is gently rolling and sits on a cliff-top looking down onto one of the most pristine beaches you could imagine. Kilometre after kilometre of clean, uncrowded sand.

While I’ve spent a lot of time in Morocco over the years, primarily in Marrakech and Casablanca, I’ve never been to Rabat before. I have to say I was hugely impressed with it as a city. It is clean, organised and calm – the word that came to mind more than any other is gentile. There’s a new (less than a year old) whisper-quiet tram system throughout the city and it’s charming. As we were leaving our hotel on the way out to site, we realised that it was less than a five minute walk to the Tomb of Mohammed V and his son, Hassan II, the last two Kings of Morocco, as well as the Tour (Tower) Hassan, which was designed by the same person that designed the iconic Koutoubia tower in Marrakech. Towards the end of the day, I nipped down there at sunset to take in the sights, and a few pictures. 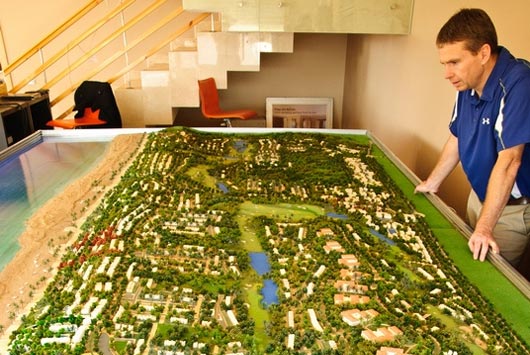 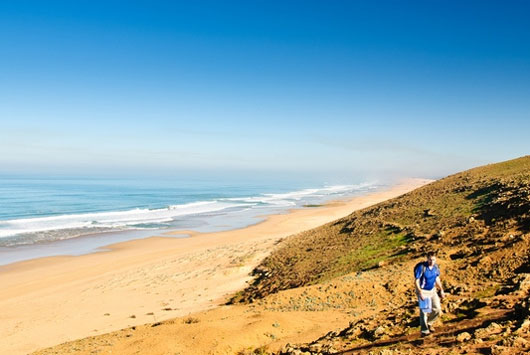 Above: Robin Hiseman on the picture postcard beach at Plage des Nations.