Ranking right up there with equivalent rarities such as witnessing a solar eclipse, the aurora borealis, or an England penalty shoot out victory, the staff of EGD, or myself, Ross and Gary to be precise, managed to all be in the same place at the same time and with the required spousal permission to convene for a twilight golf match. Having been spurned by a well-to-do, hilly heathland course, who decreed that our £140 was of no value to them on a quiet Monday evening, we plumped instead for the welcoming embrace of the lovely North Hants Golf Club, in Fleet, Hampshire. If I had a home club, this would be it, as I live just a couple of miles away. Unfortunately, such inconveniences as joining fees, membership subscriptions and parental duties come between me and my rightful place strolling the turf of this beautiful heathland course.

North Hants is the real ‘sleeper’ amongst the Heathland belt courses, but it has a high caliber design pedigree with Braid, Colt and Simpson all having significant hands in its development. In more recent times, Donald Steel’s office designed some new holes, including the excellent par 5 3rd, which plays over a lake that was previously hidden within the undergrowth. Over the past few years, the club has been undertaking an extensive tree removal and heather regeneration programme, which combined with a bunker remodelling scheme meant that the course was presented to us in tip-top condition. It’s the course where Justin Rose honed his game as a boy and where he was still a junior member when he had his unforgettable run at the Open Championship at Birkdale. It’s well worth a look, with strategically placed bunkering and large, undulating greens. Ross said that it was definitely the best course he has played this year. High praise indeed from our Ryder Cup designer, only marginally diminished when he confessed that it was also the only course he has played this year!

And so to the golf. High stakes Skins was the order of the day. They say you should only play for what you can afford to lose, so it was 25p per player per hole for the first six, 50p for the second six and a whopping £1 a hole for the final six. All told, one could stand to lose up to £10.50 if everything went against you. Now, one of the vagaries of the Skins format is that it is often the case that the best player doesn’t win and so it proved as Gary came out as the victor…well, if you can’t be good, be lucky they say. Both Ross and I grinned through gritted teeth as Gary tramlined a putt of fully 60 feet across the 18th green (our 9th) to take the pot. To be fair, the boy played good, as this was also his first round of the year. He’d be dangerous if he played a bit more. For the record, Gary scooped 10 skins and £21.75. I came second with 4 skins and £6.75 and Ross third with 4 skins and £3. With the light fading and the money exchanged, Gary drove off into the twilight with heavy pockets and the certain knowledge that his loving fiancé had his dinner on the table when he got home. Ross and I left with a lighter load and the equal certainty that our spouses would not be catering for us this evening. It is for such times that the chip shop comes into its own. 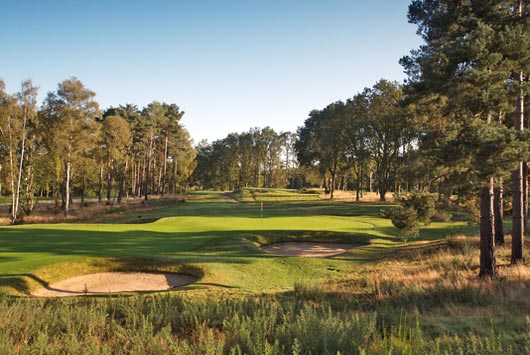