Celtic Manor "Most popular golf destination in the UK"

European Golf Design (EGD) has been recognised for its role in creating the iconic Twenty Ten Course at the Celtic Manor Resort, recently rated the most popular golf destination in the UK by a leading golf travel company.

The 2010 Ryder Cup venue tops the list of Best Selling UK Golf Hotels on yourgolftravel.com with the resort reporting a 26 per cent growth in golf revenue in the second year since hosting the prestigious matchplay tournament.

Russell Phillips, Celtic Manor Vice-President of Facilities and Development, who project managed the course build and staging of the Ryder Cup, said: “It was fundamental to the success of the Ryder Cup and the legacy of hosting the event that the Twenty Ten Course be designed for play by both the world’s best and the golfing public.

“As the steady rise in popularity and revenue proves, that is precisely what the design team achieved.”

Owner of Celtic Manor Resort Sir Terry Matthews hired the expertise of EGD in 2001 with the vision of winning the bid to host the 2010 Ryder Cup and bringing the prestigious event to Wales.

The joint venture company of the European Tour and IMG set about designing the first ever purpose-built Ryder Cup venue as part of a £16 million development setting the stage for the dramatic 2010 event.

Describing how to create a course that offers the drama and spectacle required for a Ryder Cup, combined with playability for the golfing public, Ross McMurray, Designer of Celtic Manor’s Twenty Ten Course, said: “With creative design, you can ensure that all golfers can enjoy even the most demanding of tournament courses.

“Our priority was to design a course fit for the Ryder Cup, which would challenge the professionals and create a sense of drama for the viewers, while also catering for the infrastructure around the venue required for the thousands of spectators, the world’s media plus all the event’s staff.

“However, one of the beauties of golf is that the fans can play on the same courses as the tour professionals, so it was also important that everyone could enjoy the course.

“This was achieved by ensuring the landing areas for public golfers are substantially wider than for professionals. We have to be careful that bunkers aren’t so difficult that golfers of all abilities can’t escape from them, while providing enough of a challenge to tour professionals. It’s a fine line, but it is possible.”

Established in 1992, EGD has made its mark on more than 50 projects across four continents, from Ryder Cup venues to nine-hole academy courses and is involved with preparations for both the 2018 Ryder Cup at Le Golf National, Paris and the UK’s first European Tour Performance Institute at London Golf Club, Kent.

Jeremy Slessor, Managing Director of EGD, said: “The most crucial element of any development, golf or otherwise, is sustainability.

“The three Ps of sustainability are: Profit, People and Planet and each is as important as the other.

“With the event taking place in Wales during October, we could be fairly certain that weather would be a factor and by installing extensive flood defences and fairway drainage we ensured that the course would stand up to the deluge it experienced.

“The success of the event not only for the European Team, but also for the global audience, ensured the longevity of profitability at Celtic Manor as golf fans from across the UK and the world now recognise the Twenty Ten Course as the venue for one of the most beguiling Ryder Cup’s in history.” 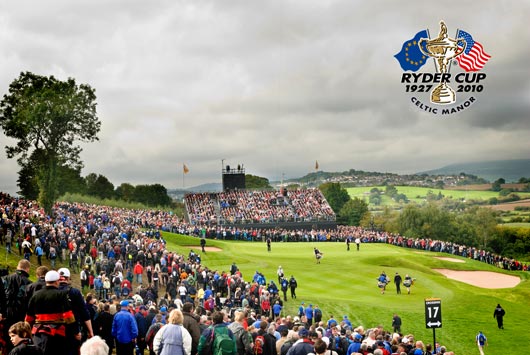 This site uses Akismet to reduce spam. Learn how your comment data is processed.

@golfagronomy @emaardubai @troonint @Troon Jordan - congratulations on the new role. If there’s anything we can do to assist @DubaiHillsEst feel free to ask.