This was it. Death…or Glory. The final hole. The final approach shot. All that stood between me and victory was 120 yards of shimmering water, surrounding the pin prick sized island green. With a pounding heart and trembling hands, I made a slow backswing and with the sole thought of “don’t look up” on rapid repeat in my mind, I carefully transitioned into the downswing. Then….I looked up. Rather than striking into the meat of the ball, my club made contact close to the equator. An awful, thin sting reverberated up my arms and in an instant I knew I was doomed. Rather than prescribing a graceful arc against the cobalt blue skies, my ball speared furiously toward the engulfing waters. It smashed hard into the agua, disappearing for ever…or so I thought. So bad was the contact, that the ball was loaded with topspin and it instantly launched itself back into the air. One skim, two skims, three skims and then with one final, improbable salmon leap, the ball jumped up onto the green and ran out towards the flag. A miraculous escape and as I made my way around the lake shore to the green, victory and glory was assured.

At least that is what I saw in my mind’s eye. What any casual observer wandering across the windswept pastures of Rishworth School playing fields, high in the Pennine Hills would have seen is a solitary, mop headed 10-year old kid skulling a greying Penfold Commando across the outfield of a cricket pitch towards the roped off square, with a cut down, hickory shafted 7-iron. All that broke the silence in the lowering gloom was the constant fizz and crackle from the high voltage cables hanging from the twin lines of National Grid pylons that marched across the high moors in a mournful metallic parade and the far away drone of a farmer harvesting silage.

And that is how this career in golf course design started for me back in the late 70’s. Often on my own, or with my elder brother Andy, we would head up to the enormous playing field and make up imaginary golf holes from the bleak expanses. Teeing off we might hit over the rugby posts, before skirting around the (imaginary) fierce rough of the hockey pitch and over the (thankfully literal) sandy hazard of the long jump pit before reaching the eventual target of the cricket pitch roller.

And so it went on with many hours passed blissfully in this picturesque dreamscape. I could never have known then that because of these mindful distractions that a lifetime of…frustrating golfing mediocrity would ensue. I should have been doing what our Andy was concentrating on, which was getting better at golf! But it proved to be the genesis of a career. Something snagged in my brain that making up golf holes would be a fun thing to do, yet without a thought as to how one actually went about it. Besides, at that age I still had more pressing ambitions about being either the next Niki Lauda, Glenn Hoddle, or Ian Botham (depending upon the season).

This has always been the version of events that I have told people when asked, “what made you want to become a golf designer?” But, I’ve come to realise that there was an even more profound influence on me at that tender age and I can even pin it down to a specific date and time. Saturday, the 5th of January, 1980, a short while after 4:45 pm. But this is a story for another time… 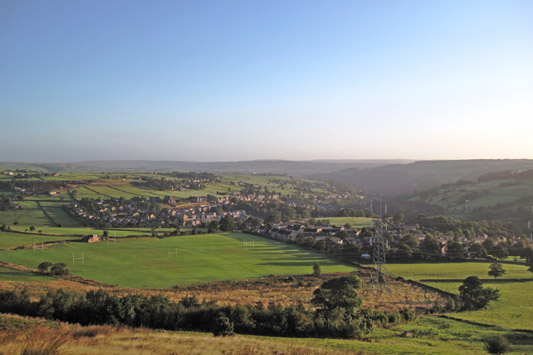