Out on the Course

“Do you get to play the courses you’ve designed?” It’s a question I’m often asked by people when they hear what I do for a living, and the answer is “yes, but not as often as you might think”. Although we might visit a new golf course thirty or more times during construction and establishment the opportunities to play the course are actually few and far between. We might get a small window of opportunity to play the course, or more usually a few holes, before opening day, and then perhaps once or twice more when we make our final site visits, but thereafter the chance to take on our own design are fairly infrequent. Even when you do visit the course over subsequent months and years, we’re normally too busy looking at it professionally to have time to play it leisurely.

So when we get the chance to return purely for golf we tend to grab it with both hands, and recently we’ve revisited a couple of EGD courses which were originally opened in the late ‘90’s. Ten days ago three of our number took time out to play the course we designed with Ian Woosnam at Dale Hill Hotel & Country Club in East Sussex. The course, which has some wonderful panoramic views of the surrounding “1066” countryside (a reference to nearby Hastings), was in great shape and a delight to play on a wonderful summer’s day.

And then last week I was lucky enough to be invited to the Woburn Classic Golf Day which was played on the Marquess Course, the youngest of three wonderful courses at Woburn Golf & Country Club. It had been some time since I last visited the course and I was eager to see how it looked and played. Well, all I can say is that I was impressed. The conditioning was superb, certainly the best I’ve seen there over the last 15 years, and John Clarke, the Golf Course Manager at Woburn, and Gary Leadbetter, his head greenkeeper on The Marquess, deserve a huge amount of praise.

This has been an exciting time for Woburn, and especially for The Marquess Course which had its 14th birthday in June this year and had two great reasons to celebrate. Earlier this month it was one of four courses around the country to stage the Final Open Championship Qualifying (the other three qualifying courses selected by the R&A were Sunningdale New, Hillside and Gailes Links). Irish amateur Paul Dunne comfortably led the Woburn qualifiers with Oliver Fisher and Celtic Manor touring pro Rhys Enoch (a man who obviously likes EGD courses!) taking the other two places available.

The week after Open Qualifying it was announced that The Marquess will be the venue for the 2016 RICOH Women’s British Open Championship. This is a major coup for Woburn and shows how The Marquess is held in increasingly high regard, particularly when one looks at the current rota for the championship. The venues for the proceeding years leading up to 2016 will have been; The Old Course, St Andrews (2013), Royal Birkdale (2014) and Turnberry Ailsa Course (2015).

The Marquess already has a track record of hosting high quality tournaments, having staged two British Masters soon after it opened in 2001 and 2002 and then the English Amateur Championship in 2011, and it is great news that it will now stage one of women’s golf major championships. In fact 2016 will be an exciting year for EGD as well. With the RICOH Women’s British Open on The Marquess and the Evian Championship at Evian Resort Golf Club, two of that year’s women’s major championships will be played on EGD courses. 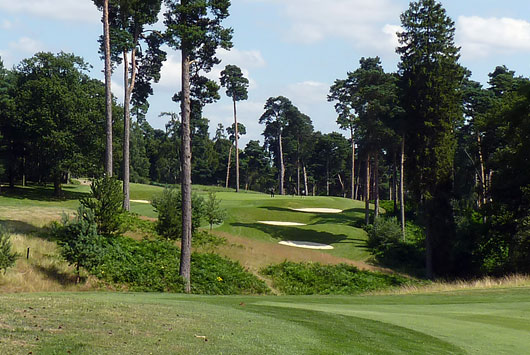 Above: 7th Hole on The Marquess 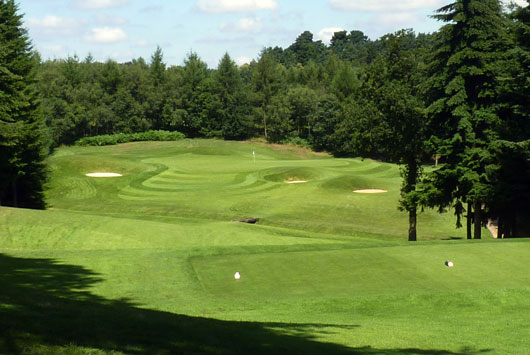 Above: 14th Hole on The Marquess