The favourable weather conditions during September have helped the JCB Woodseat Hall construction project get off to a good start. The tender for the bulk muck shift contract was competed for during July, and the appropriately named JC Balls & Sons, out of Ambergate, in Derbyshire, were the successful bidders. Their main task is to strip and store the topsoil and to shape the subsoil in six of the eleven work sectors that the golf course site is divided into. Balls has also staked out the golf course with enormous staking poles (4 metres high) and will be tackling some of the tree and hedgerow clearance.

The first new hole has emerged from the ground in its roughed out state (the par 3 14th) and is looking good. We’ve started on the least promising part of the site, upon which the most dramatic shaping is proposed. The large excavation of the irrigation lake on 13 is generating the subsoil which will shape this hole, the 14th and the practice ground. It’ll be a while until we see how this shapes out. Nearly one-third of the entire earth moving balance is being generated by this one hole alone. Work will break off for the winter months if the anticipated rainfall arrives, before we hit it hard in the springtime. Hopefully, by this time next year, the fully shaped golf course will be with us. 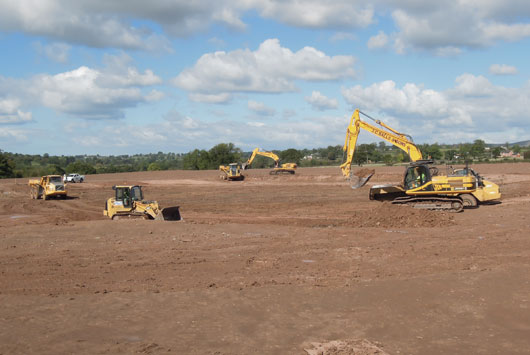 Above: Excavations in progress on Hole 13 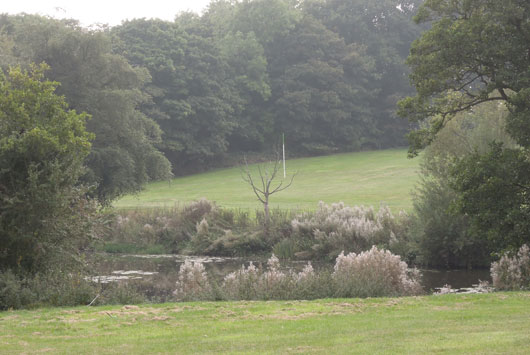