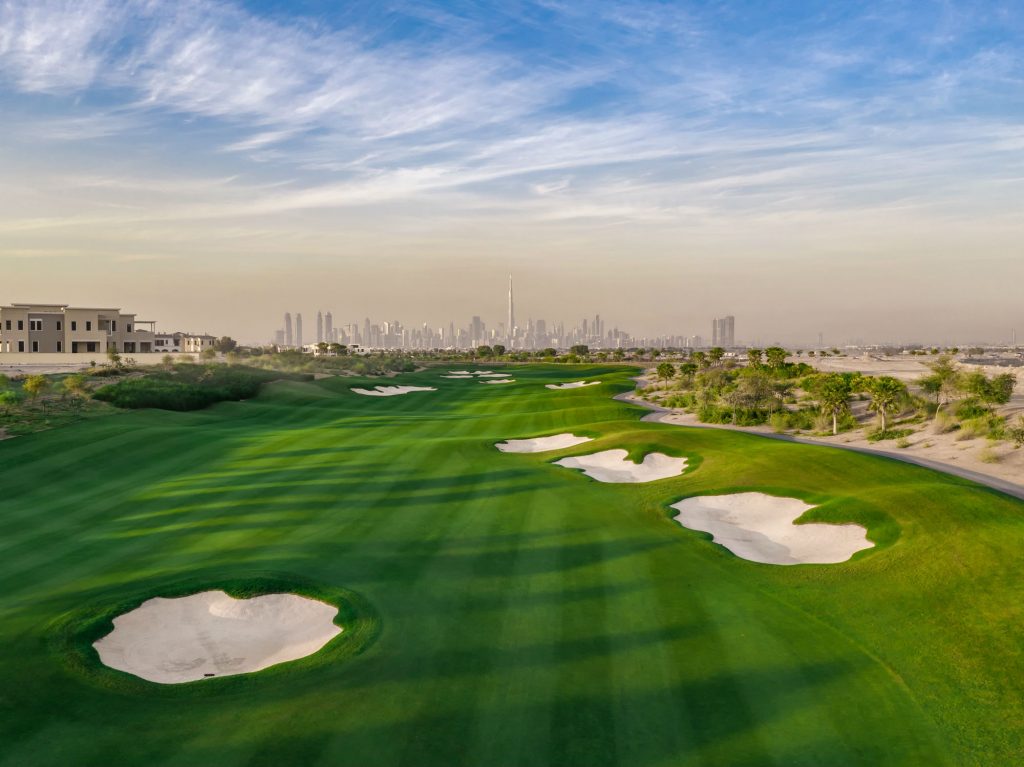 Dubai Hills was chosen ahead of seven other nominees from around the world to land the title at the annual awards, with contenders including Jack Nicklaus’ Michlifen in Morocco, spectacular Hoiana Shores in Vietnam and JCB Golf and Country Club in England.

The JCB course in Staffordshire was also created by European Golf Design, which is the design company of the European Tour and IMG.

EGD’s architect Gary Johnston laid out Dubai Hills, which opened at the end of 2018 and has already made a significant impact in the emirate’s golf scene.

It enjoys views of the famous skyline of downtown Dubai, most notably on the par-5 5th hole, which Johnston has routed so that it plays directly towards the iconic Burj Khalifa.

The course, whose paspalum grasses ensure it is in immaculate condition all year round, incorporates three phases.

The front nine plays through a series of deep wadis (valleys) whereas there is a more open, desert feel to the back nine. Both halves end with challenging holes dominated by the large lakes.

“To have Dubai Hills recognised as the World’s Best New Course, given what it is up against both regionally and internationally, is hugely satisfying,” says EGD’s managing director Jeremy Slessor. 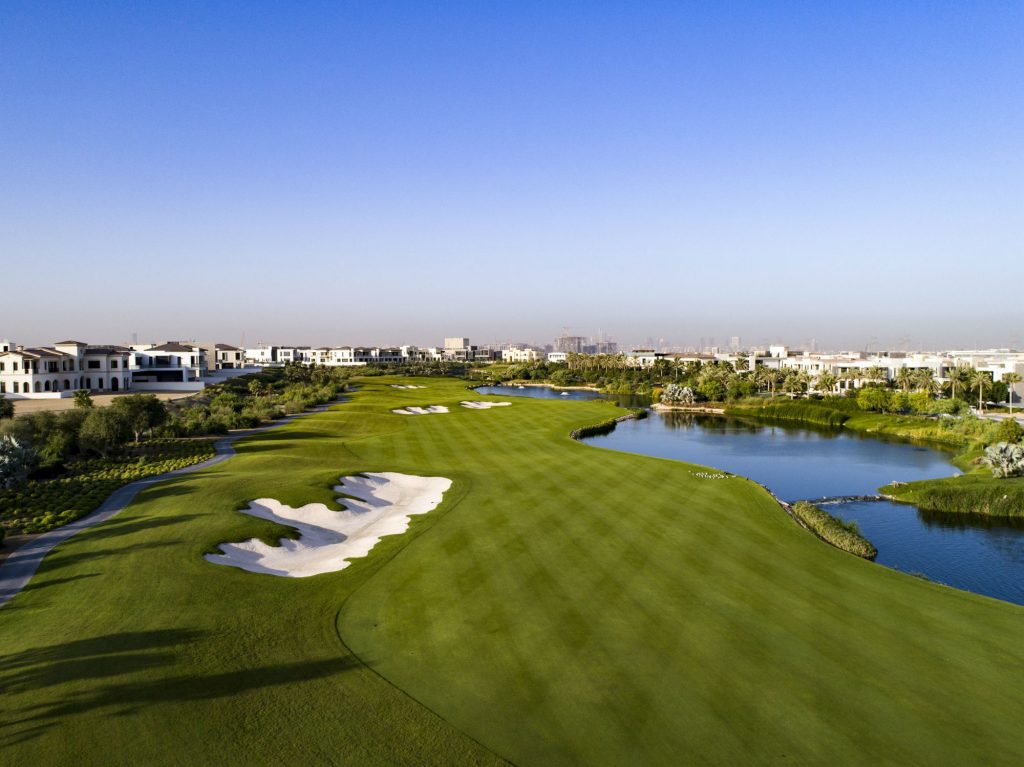 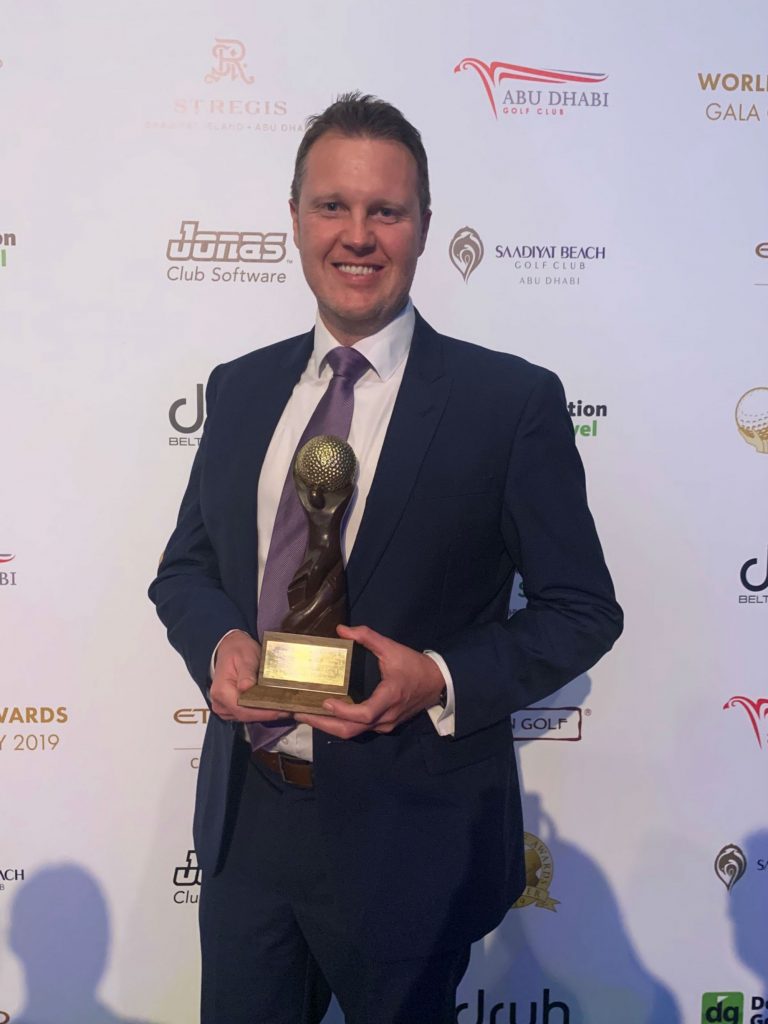 The victory for Dubai Hills is vindication for Johnston’s emphasis on playability rather than on another tournament-standard course for the Middle East.

“Like The Montgomerie and Arabian Ranches, Dubai Hills was always going to be a members’ golf club and, while it may sound obvious, we wanted to create a facility members would enjoy playing,” says Johnston.

“We tried hard not to fall into the trap of making it too difficult or too long, so deliberately made the fairways that little bit wider but added interest by making them very undulating.

“The greens also have plenty of movement but knowing how quick they were likely to get once open, we made sure we didn’t go overboard.”

The award – which was announced at a ceremony at Saadiyat Beach Golf Club in Abu Dhabi – adds to the firm’s already stellar reputation in the Middle East.

EGD – who have also been involved in the Ryder Cup courses of 2010, 2018 and 2022 – have worked in the region for well over a decade on projects in Dubai, Bahrain and Saudi Arabia.

“The Middle East is an incredibly dynamic region,” adds Slessor.

“Everywhere we have worked, we’ve come across different cultures, techniques and challenges. We would like to think that experience has paid off in the success Dubai Hills is enjoying now.

“Equally, it would be wrong for us to take sole credit for that success – this has been a collaborative process: working with Emaar to define the brief in the first place, through to design work, construction and now maintenance, the entire project team deserves enormous credit.”

Johnston is already working on another new course in Dubai for Emaar, which will be located close to the new Al Maktoum international airport.

Emaar’s brief included firm ideas of what they wanted from Dubai Hills – and the result is a course unlike any other in Dubai.

“The client wanted us to take the best bits of their other courses and add a bit of extra ‘wow’ factor,” says Johnston.

“We managed to do this by creating some significant elevation changes on the front nine – something you don’t tend to get on many Dubai courses.

“We also used the corridor layout to keep the focus on the hole that is being played and limit opportunities to see what is coming up ahead.”

This aspect, allied to the promise of outstanding year-round conditioning and the emphasis on playability, has meant Dubai Hills has enjoyed a successful entry to the Dubai golf market.

“It was incredible to see so many golfers in the UAE who had not been part of a golf club in the past four years join the club in early December 2018.

“The friendly ‘stadium like’ fairways have ensured membership sales targets were exceeded in the first six weeks of preview play.”

The World Golf Awards are part of the World Travel Awards, which are now in their 26th year. Voting on the awards is done by golf travel and tourism industry professionals and also by the public.

For further information or to arrange an interview, contact Jeremy Slessor on 01344 870300 or jslessor@egd.com.

Note: The attached images are free to use, with a credit for Kevin Murray.

European Golf Design have been honoured to work with the Evian Resort for nearly 10 years now, and what a pleasure it has been. Read more about the new Par 3 Course on Dave Sampson's blog here egd.com/?p=2877 pic.twitter.com/2uuN1JjkeB

Great to be featured on our parent company the European Tour's website this week. europeantour.com/european-tou…

Had a delightful knock around @GolfShgc this morning. Considering the weather we’ve had the course is in remarkable condition. Four ball - 2h20. What’s not to like about that? No handshakes, no high fives, and we hit it wide enough that there was always at least 2m of separation!