With only hours left until we announce the winner of the Design-3-Holes competition we have been running for the past month or so in association with The European Tour and European Tour Destinations, our thoughts cast back to the last time we did something similar.

Back in 2002, Golf World magazine asked us to run a Design A Hole competition. The site chosen was on an actual project and the prize was that the winning entry would be built as part of that project. The winner was a young Englishman, living at the time in South Africa. So impressed we were with his design, and the time we subsequently spent with him during the construction of the hole (which, by the way, became the 15th hole at Linna Golf in Finland), that eventually we offered him a job. Sixteen years later, he’s still with us – and still producing outstanding designs. 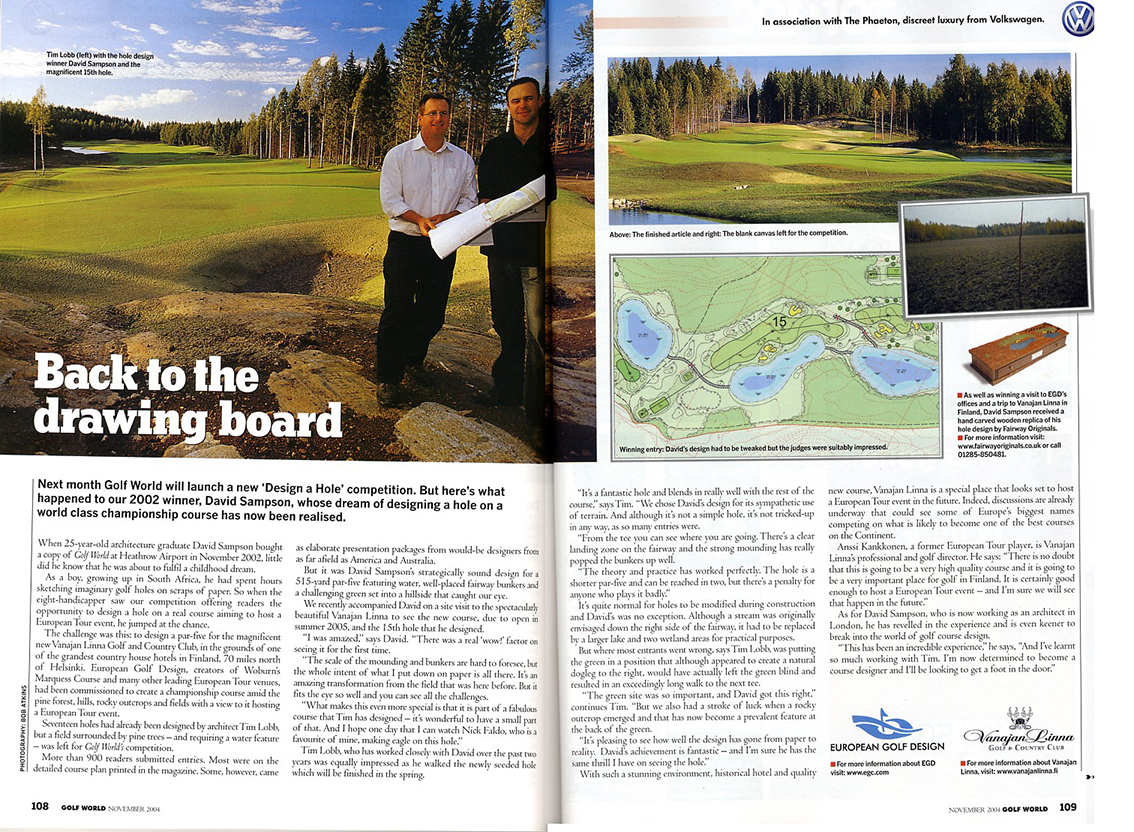 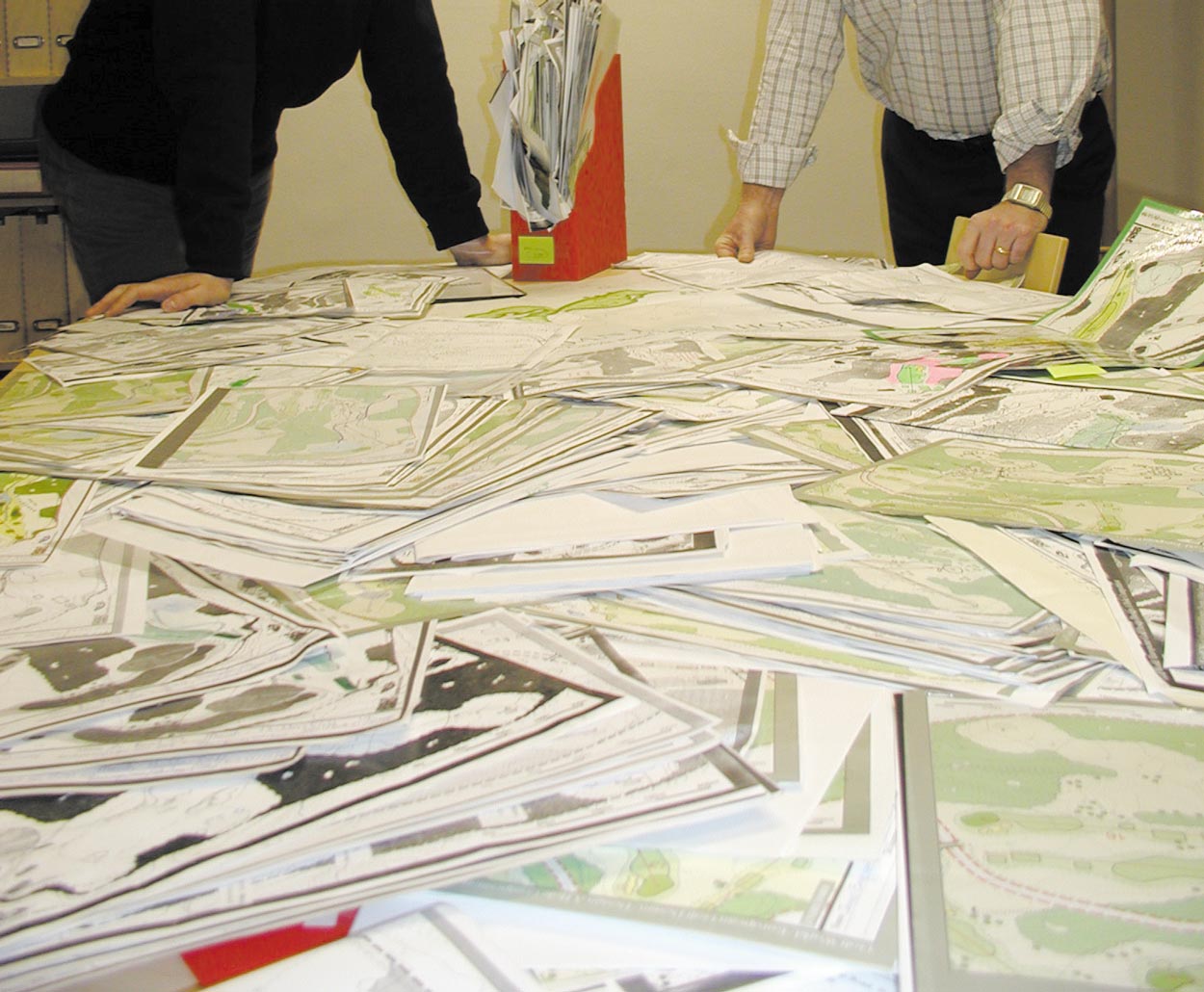 Above: The hundreds of entries to the Golf World Design A Hole competition. 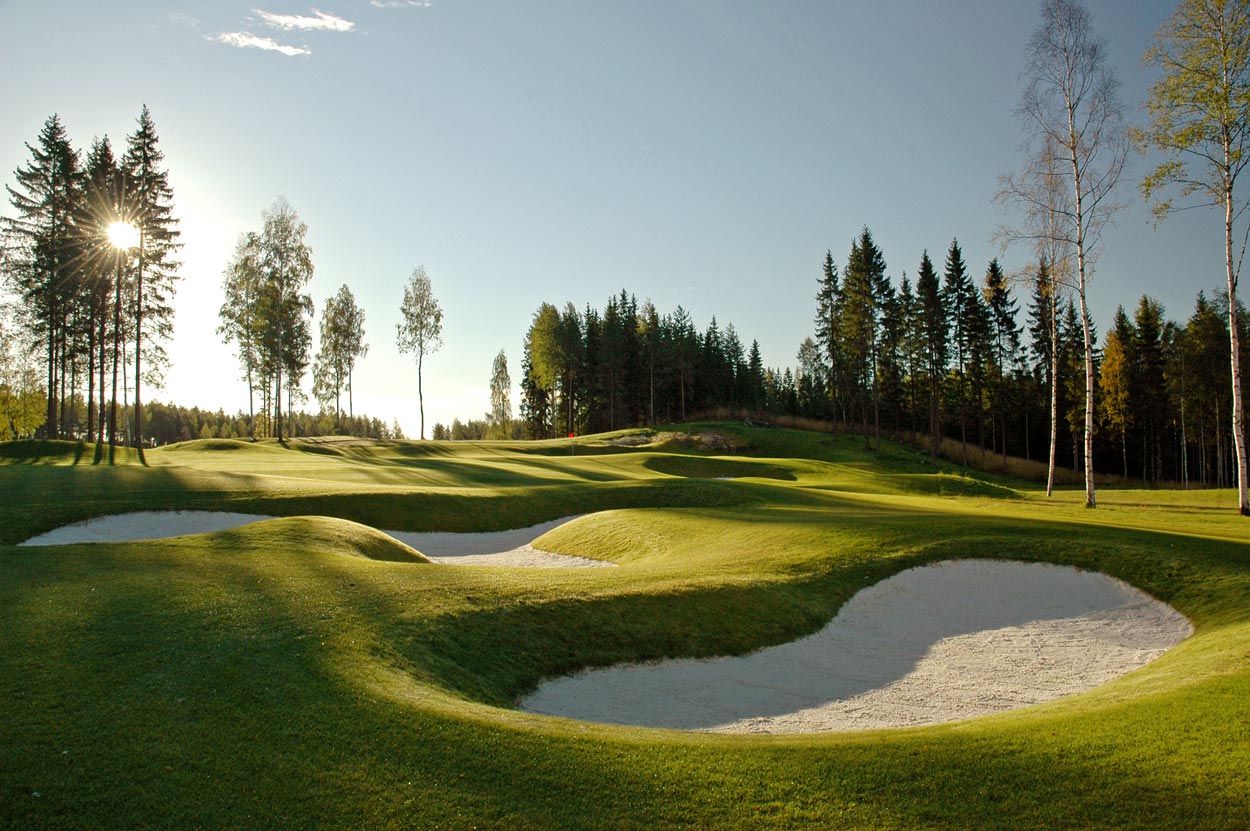 Above: The completed 15th Hole at Linna Golf in Finland.

Where were you when you saw the competition in Golf World?
I was over in the UK from South Africa to see my family. I had a friend in London and stayed with him the night before my flight back home. He had a copy of the magazine – in the few hours I had between seeing the magazine and getting on my flight to Johannesburg, I sketched out six different designs, posting them from the departure lounge at Heathrow. A few weeks later, I got a call to say I’d won the competition!

What happened then?
Well, I’d already decided to come back to the UK as soon as my studies were completed. At the time, I was studying for a degree in architecture and just had my thesis to complete. Shortly after that was presented, I travelled back to the UK and got a job as a cricket analyst with Surrey County Cricket Club.

My dad introduced my brother and I to all sports. Winter was golf season, cricket was in the summer. In between we played and watched everything else. I was a pretty handy cricketer (although it has been said that I was the less talented brother at that) but golf was my real passion. I started playing at about the age of nine, and almost from the first moment was drawing golf holes on anything I could find around the house. I pretty much knew from twelve years old that I wanted to design golf courses for a living – almost any car journey in South Africa is a long one given the vastness of the country and my time sat in a car would be spent looking at the landscape we were driving through, imagining holes here and there.

Although I ended up studying building architecture, I started my university career in landscape architecture and only changed when, mid-course, I moved between universities to be nearer to my at-the-time girlfriend. That relationship didn’t last, and nor did my relationship with building architecture, but I did meet my wife, Stacey, there so it was ultimately a great decision to relocate. We’ve now been married thirteen years and have a seven year old son, Michael.

What drives you to continue to excel at what you do?
I love the process. I love the thinking that goes behind unlocking the routing on a particular bit of ground – if you get the routing right, you’re half-way there. I love thinking at both micro and macro levels and how one element of design relates to another. I love the transition from design into construction. I love coming up with something new, something unique.

What do you like to do when you’re not working?
I play as much golf as I can, which is not very much unfortunately. I run and I watch sport on TV fanatically. What I have enjoyed the most about the lockdown over the past couple of months is spending time with Stacey and Michael. The traveling that we do means I am away from home for much of the time, so to be able to spend uninterrupted time with them has been an amazing experience.

What three things that you own say the most about you as a person?
1. My golf clubs – golf and sport are my passions
2. I have this small ‘wooden’ trophy of the 15th hole at Linna. Everyone asks what it is and so I get to tell my story
3. I asked Stacey if I should say my wedding ring, but she said my iPad (go figure…haha)- in her words, it’s pretty much an extension of me (nearly all of the time with sport on it) 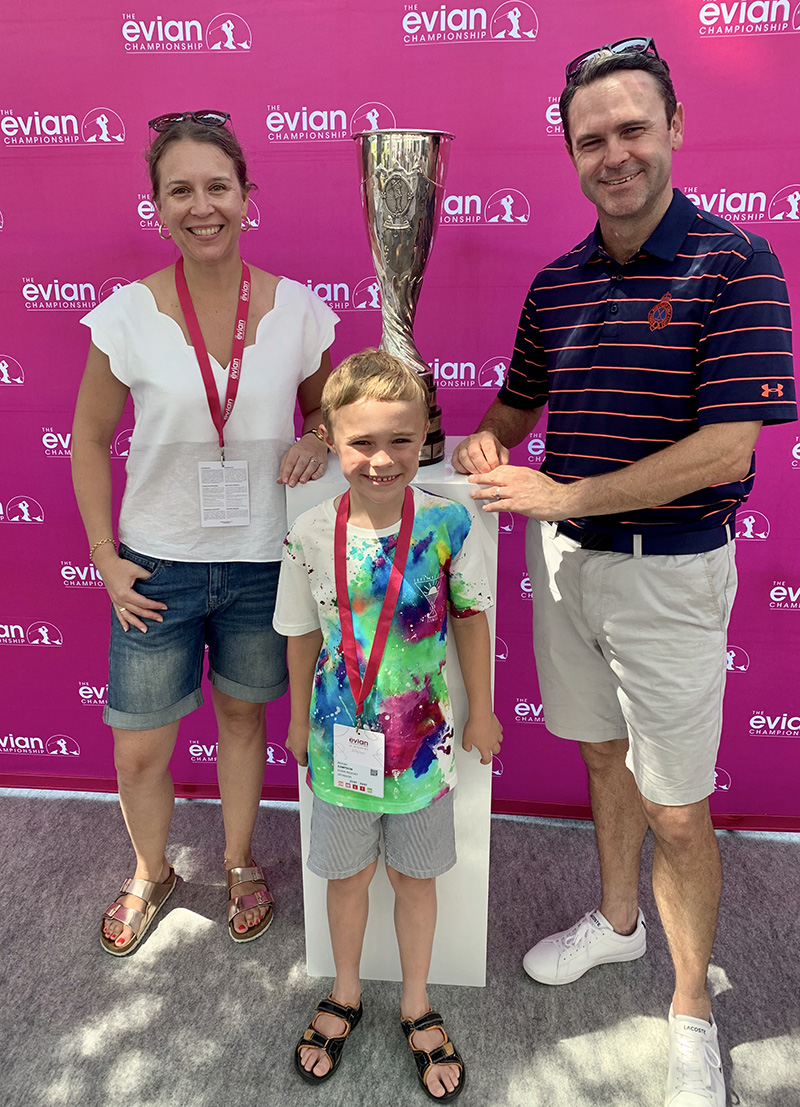 Above: Dave with his wife Stacey and son Michael at the Evian Royal Resort, Dave undertook the redesign and renovation of the existing course in preparation for the 5th Major on the LPGA tour, The Evian Championship, in 2013.