So that’s that. The 2010 Ryder Cup matches have been and gone. The Twenty Ten Course may have been 10 years in the making but it still took an extra day to get the right result – a European win and in bright sunshine! The weather gods may have done their worst but the golf course, spectators and Colin Montgomerie’s team came up smiling, as did all of us at European Golf Design who were privilidged to be there to watch the exciting finish to the worlds greatest golf event at The Celtic Manor Resort. In more ways than one the last week has been totally draining!

The weather aside this was one of the greatest Ryder Cup’s, coming down to the last match out, on the 17th hole, before the result was determined. The atmosphere on the closing holes was phenomenal, with tens of thousands of spectators lining the fairways and finally breaking through the ropes on the 17th green to join the European team in celebration. Even the mud didn’t seem to dampen the fans enthusiasm. As one spectator said, “It was just like Glastonbury, but with better singing!”

Congratulations to Sir Terry Matthews, the Celtic Manor Resort and all the organisers responsible for staging such a great event in such difficult circumstances. It will be a tough act to follow. 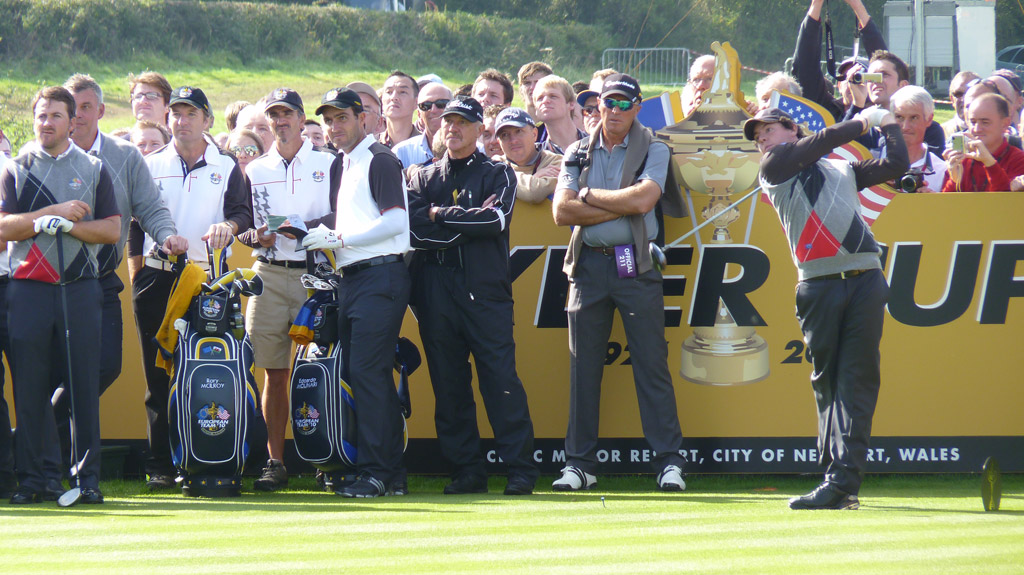